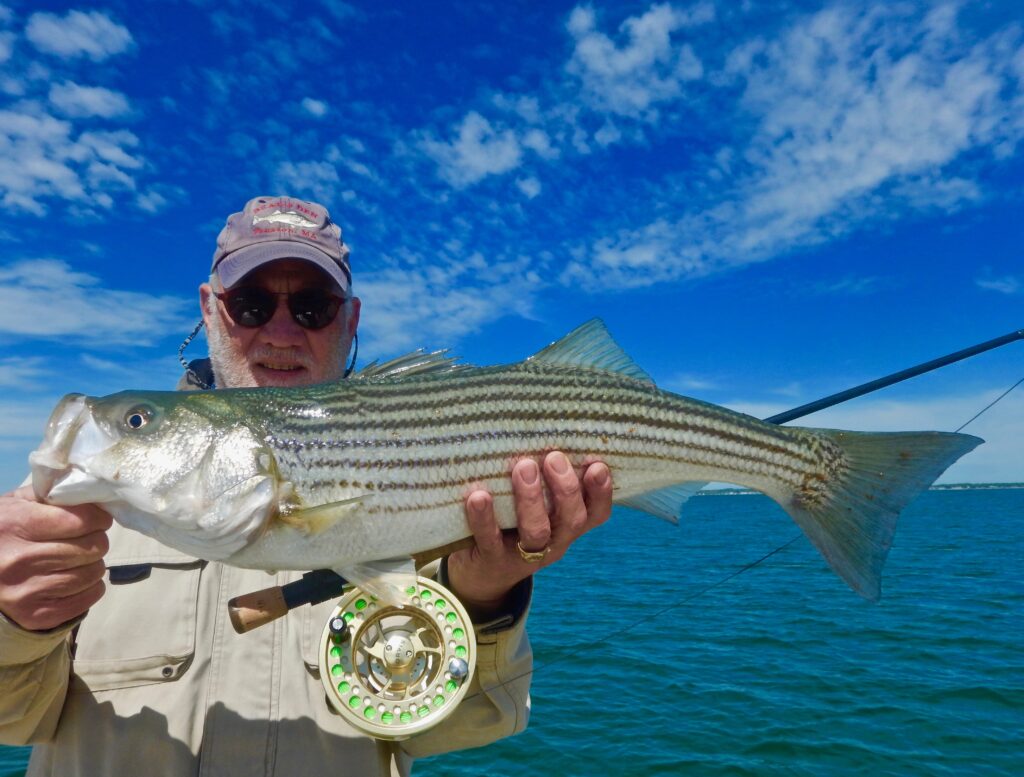 We started a little later than normal this morning so I could watch the Celtics game last night. Didn’t work! I was out cold before the first half ended.

We ran across the bay and found a school of fish right away, working bait on topwater and also marked some COWS down deep. We worked this school of fish and then like so many other schools of bass this spring, they vanished. 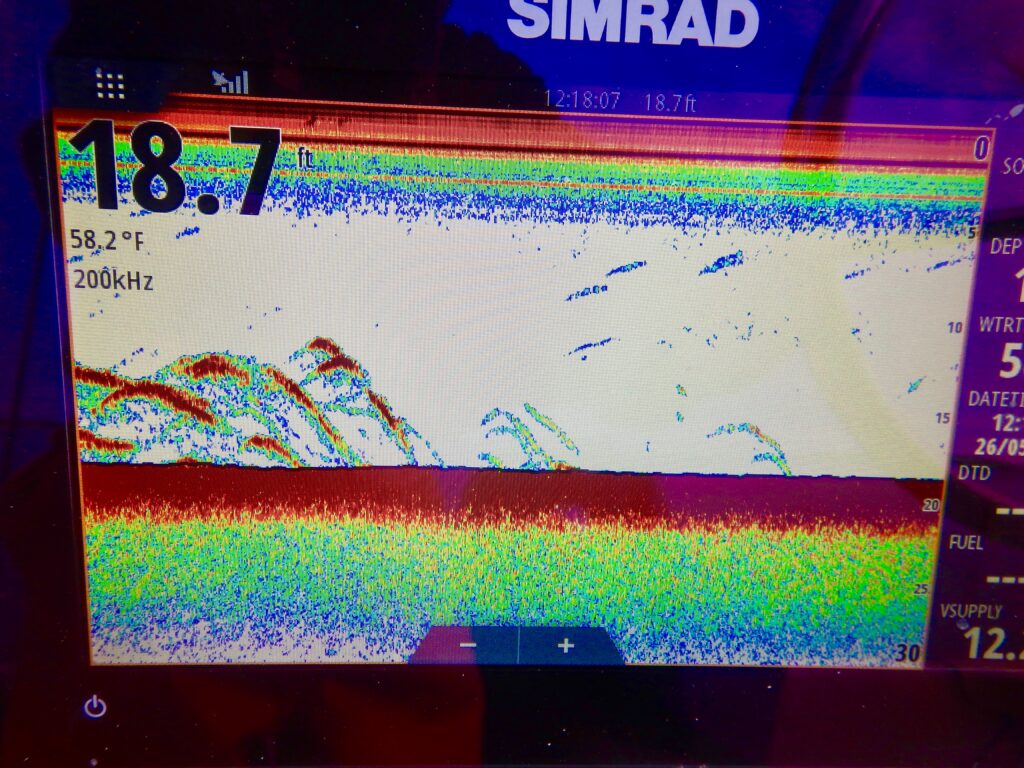 Onward to another part of the bay and we found a couple more small schools of fish that were VERY spooky. We would set the drifts and the fish would go down a minute later and never show again. We played this game for a while and landed 3 bass total.

Then, the Colonel very eloquently, suggested I take him to one of his favorite spots. I agreed and we ran across the bay yet again and pulled up into the spot. No birds, no bait, no sign of fish. And to top it off, a very stiff SE wind to blow the boat around ( I am sick of wind). But the Colonel suggested a certain drift, and I said a prayer and hoped for the best. WHAM! Fish on! A fat 24″ incher. Another cast: WHAM! Fish on again! And then WHAM! again, and again. Two fine 27″ inch striped bass out of the drifts. Then, a BIG fish hit the fly and screamed line right into the backing. A long battle, and then it threw the (barbelss) hook before we could get a good look at it. It was a keeper for sure, but how big we do not know. 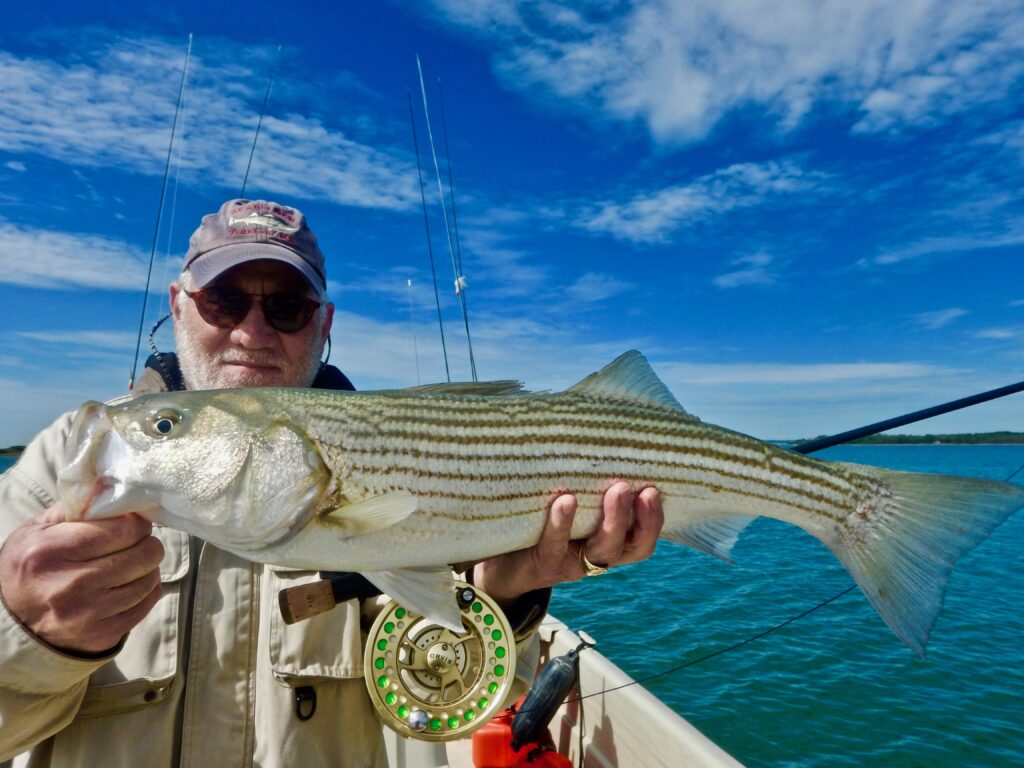 When we arrived “the spot” we had boated a total of 3 fish for the morning and I was frustrated I could not produce better fishing for the Colonel. After we fished the Colonel’s wish list spot, we ended the morning with 17 fish! What a great way to end the day.

Gear: 9 foot, 9 wt TFO rod, rigged with a 350 grain Orvis sinking line, a 20lb straight mono leader 7 foot, and a olive-brown and white clouser. This entire rig was to help compensate from the wicked winds and to get the fly down fast. All the fish except for the first three, had their bellies on the bottom. Keep that in mind when you can’t find them on topwater.

Wishing you all a great Memorial Day Weekend with friends and family.  Keep the faith in God and Country. The Calvary is coming.