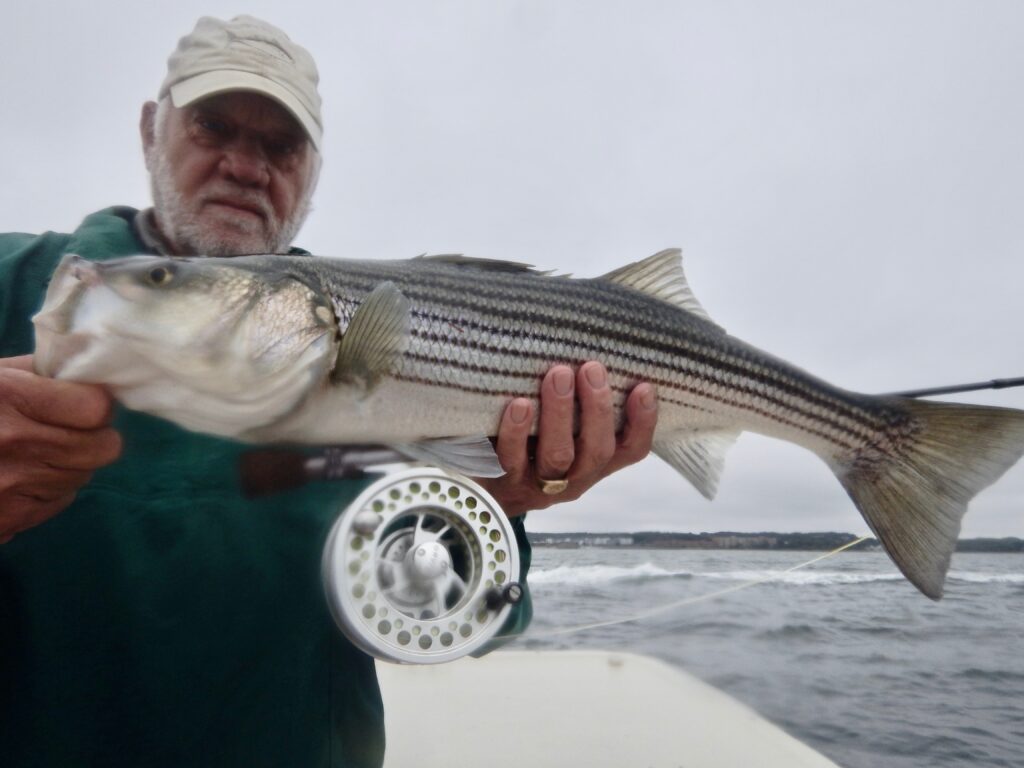 On board today, Lt. Colonel Richard “The Machine” Comstock for DAY 2: Fly or Die Striped Bass!

At first light, fog and drizzle and a near high tide. A North wind with some chop that eventually turned NE with four foot rollers on the bank, and then finally laid down almost flat. Water Temps 66 degrees.

We found  a lot of bass, birds and bait at first light on topwater. We also marked a lot of fish at Town Pier that came to the surface mid-morning. (More on that in a moment). We started out working school of bass that had herded up big peanut bunker of 3-4″ inches long. Drifts were fast, over two knots, and we would set a drift, try to angle the boat upwind and come down along the fish. One cast, one fish, and then back up bay to set another drift. We worked this strategy well until the schools began to thin out and we decided to run the bay to “see what we could see.” 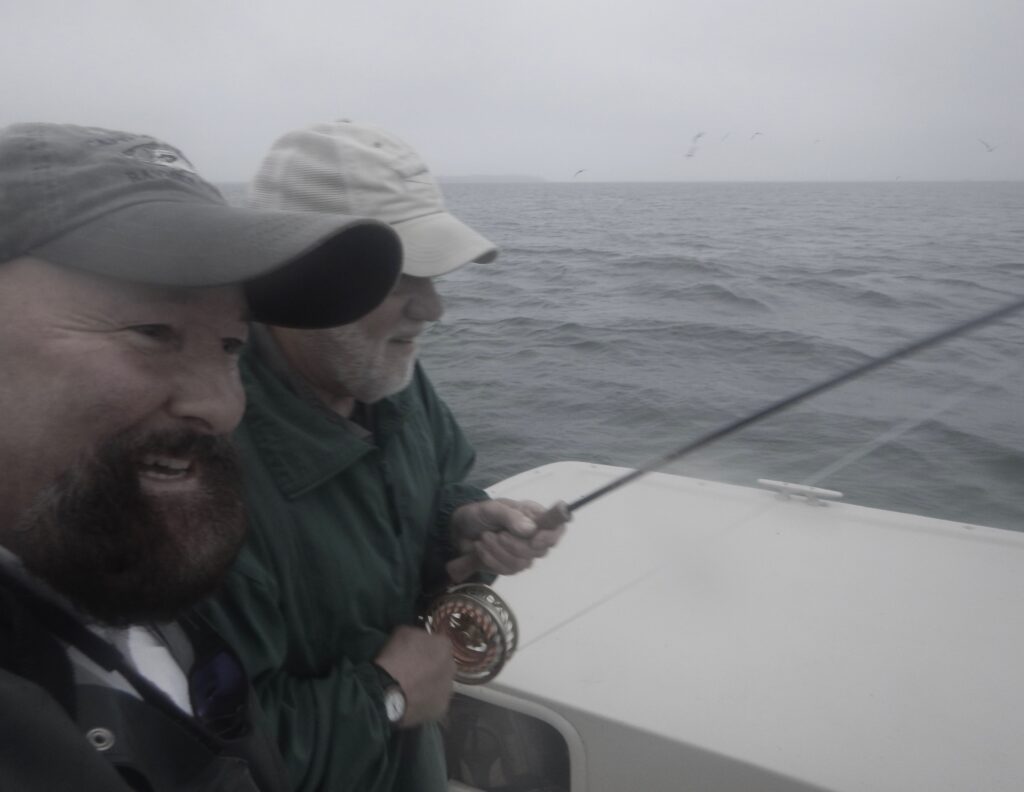 Next up, we found another large school of bass outside on topwater, shoulder to shoulder, terrorizing a very large school of peanut bunker. Winds turned NE to East and we fished in 4 foot rollers and were staggering around the deck like drunken sailors. But the Colonel got it done and landed fish under tough conditions. At one point, a GIANT Mola Mola swam right past the boat. Very cool to see. That fish was larger than the front deck of my boat!

We moved back inside to calmer seas that had laid right down. We ran all over the place chasing small schools of bass and also search in vain for fish in deep channels on the bottom. There were none that we could find from one end of the bay to the other. We tempted fate and tried to reach some bass under birds way deep up on some flats in 12″ inches or so of water – on a fast dropping tide. Bad idea. So I backed out and we got out of there plowing mud while there was still enough water to get off the flats. Lucky for us it was a +1.6 low today. 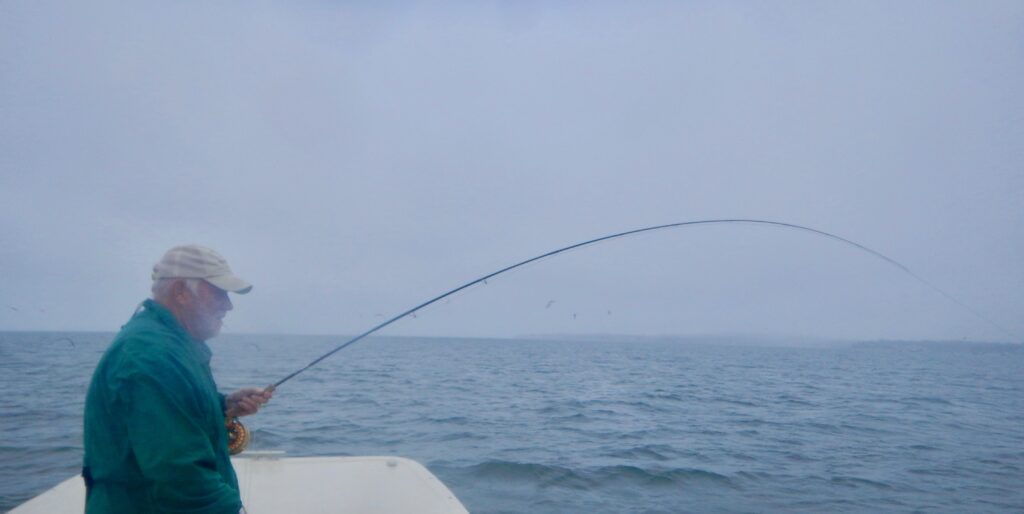 We finally decided to wrap it up and call it a great, fun day on the bay for striped bass on the fly. We landed 10 fish, and had many more hits and spits. Then, we arrived at Town Pier to a BLITZ of bass right at the dock! The Machine grabbed his intermediate 9 wt, jumped up on the docks, and proceeded to land five more striped bass on the fly! What a fun way to finish out our day! 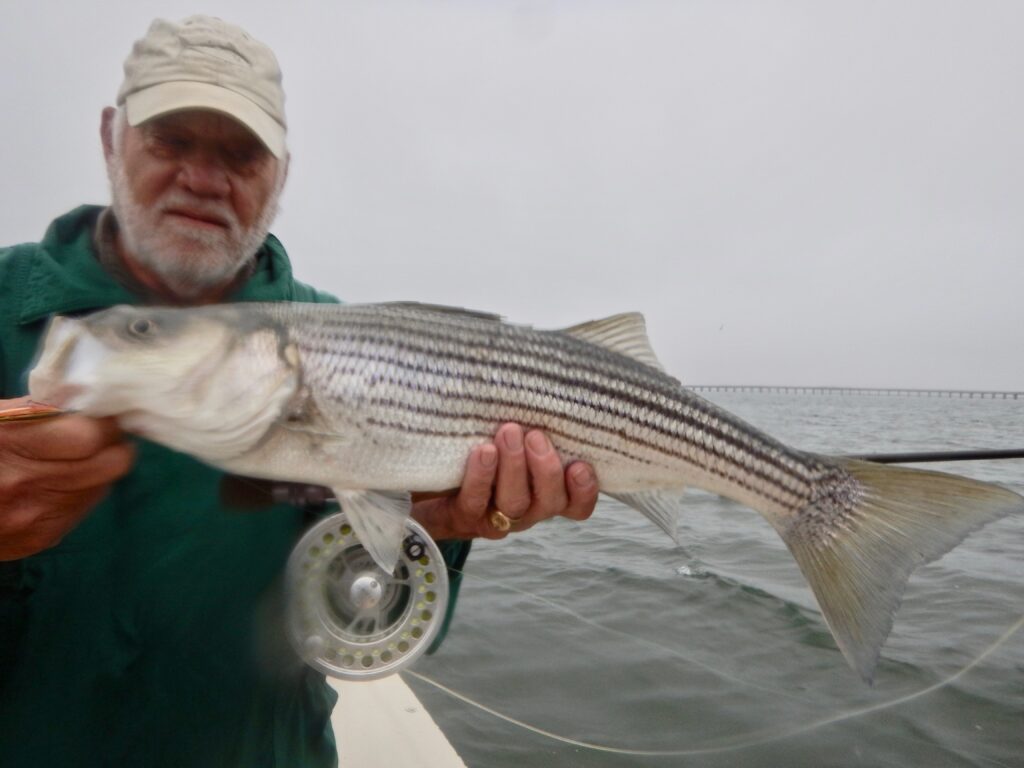 Total catch and release today was 15 striped bass on the 9wt. We fished both sinking and intermediate lines. All striped bass were landed on a Baymen Universal fly pattern. They could not stay off it. 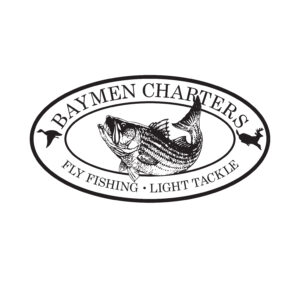