BAYMEN UNIVERSAL: By far the most productive pattern I have ever fished for striped bass. I designed the Baymen Universal 25 or 30 years ago. This one is a “no eyes” with a mono loop to keep the peacock hackle from wrapping around the hook. I don’t typically tie the loop, I just stroke the hackles every couple of casts but some fly rodders hate to mess with the hackles while fishing. Thus, the loop. Here is a pic of the dry version and the same fly wet. – Capt. Dave, BAYMEN, baymenlife.com 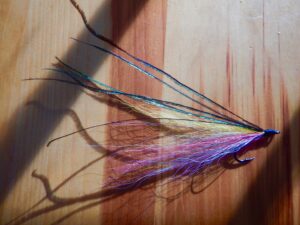 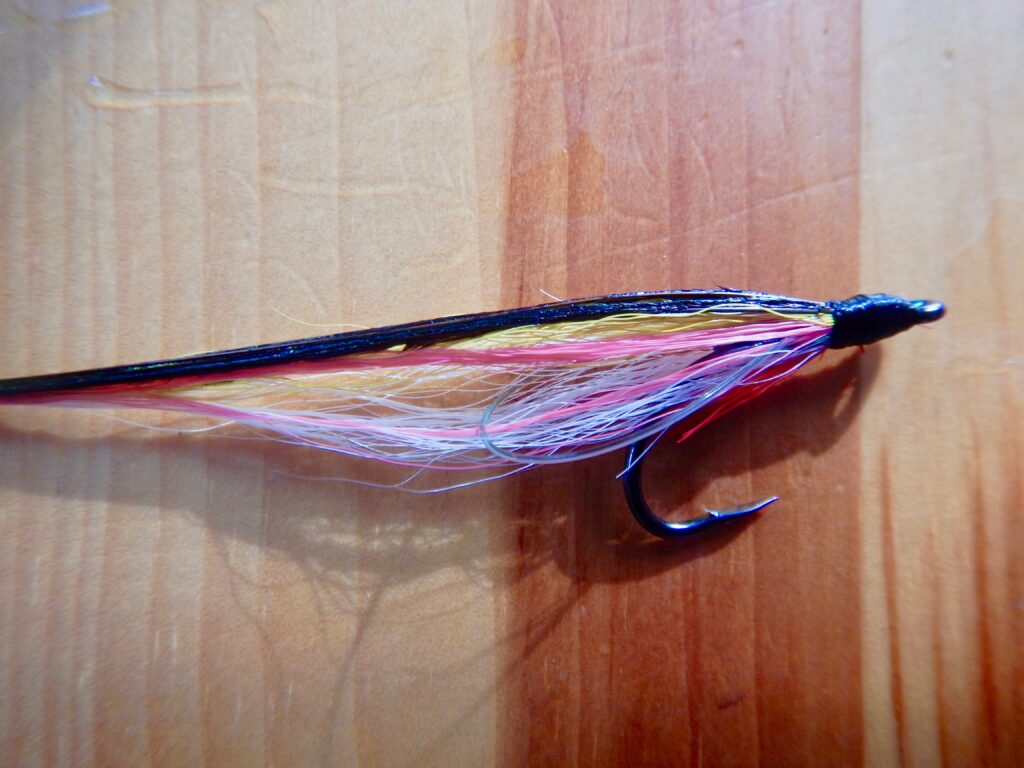 ICE, SNOW & WINTER KILL: Winter Kill: Here is a photo I took of a big largemouth bass that died in a winter kill a few seasons back. Winter kill occurs when there is thick ice and heavy snow cover that blocks all sunlight into the pond. As a result, photosynthesis cannot occur and the oxygen levels are depleted and fish die and float to the surface at ice out. It is a shocking site to see for a few reasons. 1)The shear number of fish that die in a winter kill 2) Some of the fish are HUGE! 3) You wonder to yourself if any of those monsters survived and you can fish for them in the summer 4) There has to be some offspring still alive in the pond that will grow into BIG BASS in the years ahead. At, least, that’s how I think! LOL…

Pond Info: This picture was taken in the United States 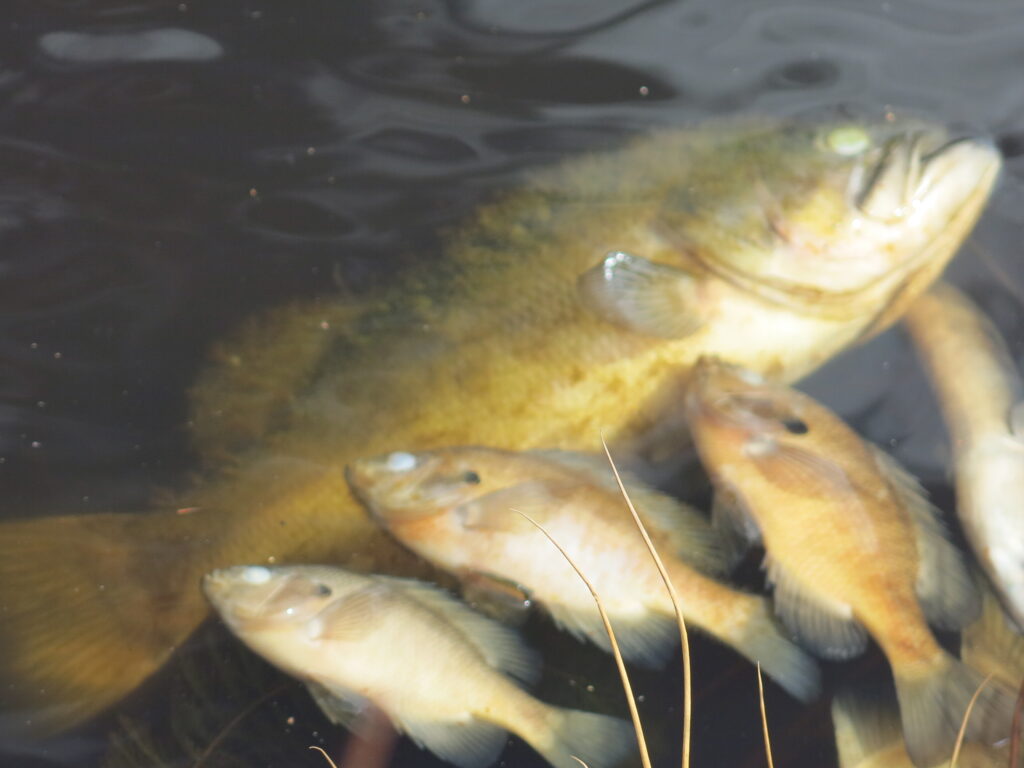 ICE SAFETY – If you like to ice fish or play hockey, or “walk on water” in the wintertime, here is a handy ice safety reference guide I found in the Old Farmers Almanac. I grew up spending every waking hour outdoors. In the winter this included fishing, hunting, ice fishing, playing hockey, clamming (!) etc. I still get the thrill.

FOXES MATING SEASON – Winter is mating season for gray and red foxes. You will hear them barking at night. I have been woken up several times this week in the middle of the night, from their barks. Keep an ear out. Also, it is gray squirrel mating season, “post rut” and you may see the males following the females around in your yard, in parks, etc. An interesting connection is foxes love to eat squirrels and they make up a portion of their diet, as do rabbits and mice. Great Horned owls, the first birds to nest, have already laid their eggs or are laying them right now in January! As winter progresses, listen for the hooting of the great horned owls.

BABE RUTH, BOSTON RED SOX -I always request the Babe Ruth booth at my favorite restaurant and the young hostesses always look at me with a questioning smile. There is a huge B&W portrait of him in uniform when he played for the Boston Red Sox, that hangs over the table. My father loved him and I do too. The curse of the Bambino! We NEVER should of sold Babe to the Yankees in 1919! One of the most infamous trades in sports history. God rest his soul.

Wishing you all a great week and great days outdoors!